Skip to content
RATTACA is our newest project. Using genetic analysis of multiple traits measured in HS rat by the Center and Collaborators, we can now predict these traits in naive rats using their genotypes. Contact Dr. Palmer for more information. 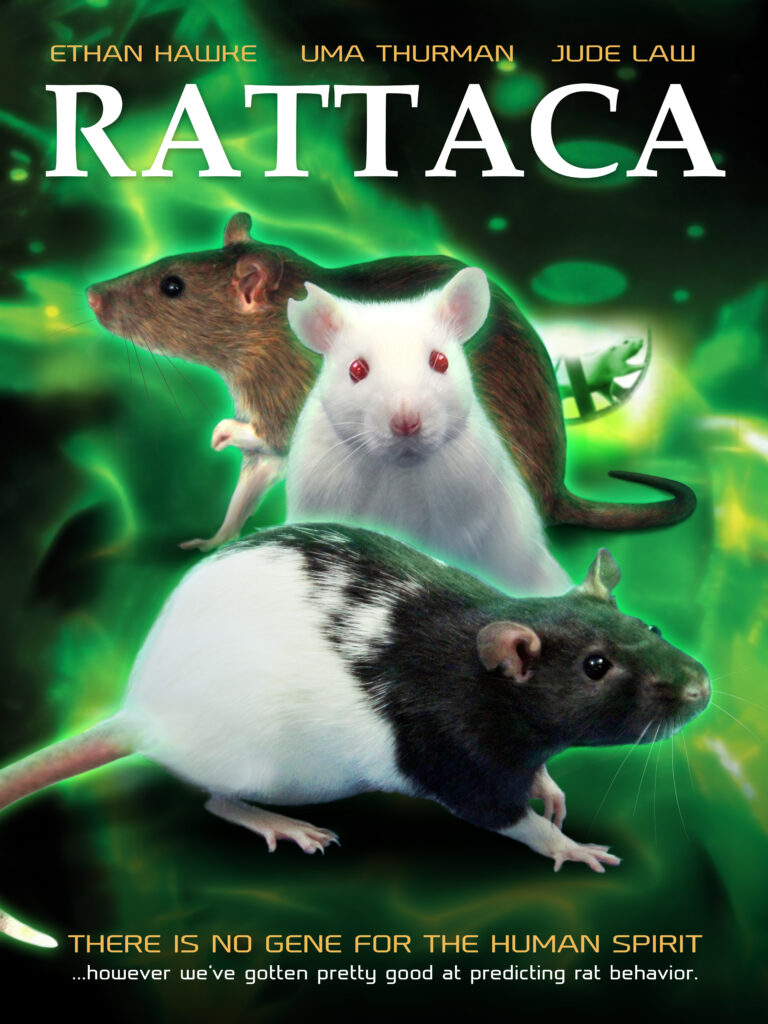 Center overview. There are few effective therapies to treat drug abuse and dependence, despite the urgent need to develop more effective treatments. A major impediment to the development of such treatments is our extremely limited understanding of the biological basis of drug abuse. While human genome-wide association studies (GWAS) have begun to elucidate genes that influence various traits relevant to drug abuse, they are still unable to attribute more than a small fraction of the heritable variance to specific genes. NIDA center for genetic studies of drug abuse in outbred rats (P50DA037844) was created in 2014 to perform GWAS on numerous behavioral traits that have well-established relevance to drug abuse using outbred rats. The Center was successfully renewed in 2019. We expect to discover new genes that can influence drug abuse-related behaviors in rats, therefore improving our understanding of genetic susceptibility to drug abuse in humans. Our results will help to identify new opportunities to treat psychiatric disorders, including addiction.

Why rats? The use of rats is critical because many of the phenotypes we study were developed using rats and difficult or impossible to adapt for mice. We utilize a unique rat population: the N/NIH heterogeneous stock (HS), which is derived from 8 fully sequenced inbred rat strains and has been maintained as an outbred population for 90+ generations. This population is designed to resolve quantitative trait loci (QTL) to regions that are small enough to permit identification of specific genes. Heterogeneus stock (HS) rat colony was initially developed at NIH (N/Nih; Hansen and Spuhler, 1984). Rats used in Year 1-5 come from a colony bred at MCW (NMcwi:HS). Rats used in Year 6-10 come from the Wake Forest colony, nomenclature: NMcwiWFsm:HS (Rat Genome Database number 13673907)(see Breeding Core).

What behaviors do we study?  We have carefully selected a range of behavioral traits that model behavioral predispositions and inferred psychological processes that are known to influence vulnerability to drug abuse in humans. This approach is consistent with the NIMH Research Domain Criteria (RDoC) which seeks to emphasize traits rather than diagnoses. Several psychological domains are represented. Dr. Paul Meyer from the University at Buffalo (Research Project 1) examines intravenous self-administration (IVSA) of cocaine using the intermittent access (IntA) paradigm in HS rats. Using powerful genetic strategies that are a core feature of this center, he will compare his results to those obtained in a separately funded project (U01DA043799) that examines IVSA of cocaine in HS rats using the long access (LgA) paradigm. Dr. Hao Chen from University of Tennessee Health Sciences Center (Research Project 2) examines the role of social cues in the development and relapse of intravenous nicotine self-administration behavior in adolescent rats. He also examines reinstatement of drug seeking behavior upon re-exposure of the rat to the complex social environment previously associated with nicotine availability. Drs. Jerry Richards and Paul Meyer from University at Buffalo (Research Project 3) use reward cues to probe variation in a constellation of traits including sensation seeking, impulsivity and cocaine-induced cue preferences, all of which have been associated with addiction. Drs. Terry Robinson and Shelly Flagel from University of Michigan  have completed  studies that are focused on the propensity of animals to attribute motivational value (“incentive salience”) to discrete reward cues, as indexed by variation in Pavlovian conditioned approach (PavCA) behavior. They also examine the ability of cocaine-associated contextual cues to control behavior (Research Project 1_completed). In each case, multiple quantitative measures from multiple behavioral tests reflecting multiple psychological constructs are examined. We have demonstrated that behavioral traits we have selected are heritable in HS rats. Our studies provide a unique opportunity to identify shared genetic control (co-heritability) among these traits and empirically test long-standing theories related to the psychological processes being modeled.

How do we genotype HS rats? We use innovative technologies to obtain genotypes from all rats tested in Research Projects at the lowest possible cost. We use genotype by sequencing (GBS) or low-coverage whole genome sequencing to call hundreds of thousands of variants per individual, and then impute millions of SNPs, taking advantage of the fact that the 8 founders of the HS have been sequenced (Core C). We currently impute approximately 4 million SNPs that segregate among the 8 founder strains.

How do we analyze genotype, phenotype and expression data? The identification of specific genes is a key goal of this center because genes are the unit at which we hope to translate our findings to the field of human genetics, and because genes can be most easily manipulated to test and validate the causal inferences. The data analysis is performed by the Core C. To find QTLs associated with behavioral phenotypes, we perform genome wide association studies (GWAS). The HS rats have complex genetic relationships to one another (siblings, cousins, etc.), therefore we use linear mixed model that accounts for relatedness among subjects. Thresholds for significance are empirically estimated using permutation. Since we phenotype equal numbers of male and female rats, we are able examine sex differences by using gender as a covariate for GWAS. In order to identify specific genes for specific behaviors we integrate the data collected by all Research Projects.  Two complementary approaches are used. The first will depend on data visualization tools and reports generated by the Core C which include integration of external data sources. This approach will be primarily driven by the PIs from the Research Projects. The second approach will be “data-driven”, that is by jointly modeling multiple behavioral phenotypes (to gain power and to detect pleiotropic relationships), and jointly modeling of behavioral phenotypes with expression phenotypes (to implicate specific genes).
Project 4 uses his cutting-edge approaches that evaluate GWAS results in a manner that takes into account biological networks. Specifically, these methods seek to identify sub-networks that have a dis-proportionate GWAS signal, even if none of the individual signals are genome-wide significant. Project 4 uses network-based approaches to combine GWAS data from our center with human GWAS data to identify common biological networks that underlie addiction behaviors-relevant traits across species. These network-based approaches go beyond the single gene/linear effect models that are commonly used for GWAS, thus allowing us to assess the importance of higher order processes. Importantly, Project 4 uses GWAS results from Projects 1, 2, and 3 as well as GWAS results from other affiliated grants, thus integrating data from across our center.

Overview of the Center’s work “From GWAS to gene:What are the essential analyses and how to bring them together using HSR” – seminar given by Dr. Palmer: