The P50 Genes & Addiction NIDA Center for GWAS in Outbred Rats program Research Experiences for High School and Undergraduate Students (REHU) provided five participants an opportunity to conduct 10-week summer research projects with their mentors in four laboratories of the Center. In addition, REHU students attended journal club, wrote a research paper, and presented their work on the on-line symposium.

Project: The effect of chemogenetic inhibition of cortico-thalamic activity on sucrose-seeking behavior.

“This summer I worked in the Flagel lab at the University of Michigan on a project with graduate student Brittany Kuhn. We studied the effect of chemogenetic inhibition of cortico-thalamic activity on sucrose-seeking behavior. During my time in the lab, I was involved in running sucrose self-administration, preparing tissue, and performing immunohistochemistry procedures.

I am majoring in Psychology and minoring in Music and Anthropology at Kansas State University (class of 2020). Currently, I am an undergraduate research assistant in Dr. Mary Cain’s lab at K-State researching the effects of differential rearing on addiction behavior. I am interested in behavioral neuroscience and hope to pursue a future career in research.”

“During the summer, I performed an experiment that tested nicotine’s effect on the value of other drugs. Nicotine was injected directly into the Insular Cortex of the rat brain. After injection, the rat’s taste aversion to morphine and conditioned place preference were tested. For condition taste aversion, the rats were water deprived and given 30 minute access to normal water one day and flavored water with morphine the next day. This was repeated for a week and the last day the rats were given access to both waters for a day and their intake was recorded. Condition place preference was tested right after by placing the rat on a specific floor after the nicotine water and a different floor after the normal water. The last day, they were placed in a room with half of the floor having the pattern of the morphine floor and the other half was the normal water pattern; their movements were tracked using an infrared camera to record which floor they liked the most. These tests showed that nicotine administration prior to morphine self-administration reduced the aversive effects of morphine while increasing the enforcing effects of morphine. The rats showed decreased taste aversion to morphine and increased placement preference for the floor that was paired with morphine. The decreased synaptic potential of the Insula does not decrease sensory binding as previously thought, but rather attenuates aversive effects of morphine which is believed to strengthen the enforcing effects as well.” 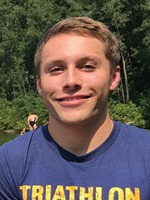 “My research project was focused on mental health in relation to diet in a Heterogenous Stock (HS) rat model. 64 male HS rats were put on a High Fat Diet (HFD) or Low Fat Diet (LFD), and ran through four behavioral measures that quantified anxious and depressive phenotypes – the Elevated Plus Maze (EPM), Open Field Test (OFT), Forced Swim Test (FST), and Splash Test (SpT). Our hypothesis was confirmed: rats on HFD exhibited more anxiety-like and depression-like behavior than rats on LFD. By conducting this research, I was able to strengthen my skill sets in data analysis, experimental design, and conveying what was found to my fellow lab members. Along with this, I developed entirely new skill sets – I had never worked with lab rats, independently ran experiments of this caliber, or presented my findings in a comprehensive white paper before this program. Above all, I was privileged to connect with multiple professionals at Wake Forest, and even more in the city of Winston Salem. Having these conversations has refined my understanding of how both medicine and business work, and has ultimately lead me to understand what I am capable of achieving. “ 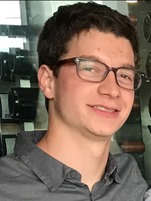 “Through this program I had the opportunity to spend ten weeks at the University of Tennessee Health Science Center working in the lab of Dr. Hao Chen Ph.D. Here I was able to contribute to a number of projects including the development of a device that increases the efficiency of measuring pain threshold in rats and the training of an artificially intelligent computer program. The project I was most heavily involved with was the testing a model of oral oxycodone self-administration by rats.

While there is an abundance of literature involving the self-administration of oxycodone by animals, the overwhelming majority of them use intravenous infusions or another mode of drug delivery. Since oxycodone is prescribed to humans in the form of oral tablets, we saw a need for more data on the oral self-administration of the drug. I was entrusted with the management and execution of a detailed schedule of behavioral tests which I carried out and collected data from. I also collected data on the animals’ social interaction and pain thresholds. The findings of this experiment will contribute to our understanding of oxycodone’s effects when administered orally, the way we see humans use this drug. A more thorough understanding of this often abused drug will bring us closer to the development of more effective treatments for those suffering from addiction.”

“I worked in Dr. Shelly Flagel’s lab at the University of Michigan. My project was about hippocampal glucocorticoid receptor (GR) mRNA expression in rats after Pavlovian conditioned approach training in an effort to better understand individual susceptibility to maladaptive behavior. I was able to demonstrate that while rats of goal- and sign-tracking phenotypes do not exhibit phenotypical differences in hippocampal GR mRNA expression, GR mRNA expression differs significantly between sub-regions of the hippocampus.

Through REHU, I had the invaluable opportunity to be more actively engaged in the scientific method than I had ever been. I was blessed with extremely supportive mentors who encouraged me to read into literature and trusted me to performing important procedures. I learned about the process and importance of doing clean science with clear representations, and as an aspiring scientist, I will always remember to do my best in that regard. Most excitingly, I was also able to practice writing scientifically and discussing research in an engaging manner. I am very grateful for my experiences, and I look forward to applying all that I have learned to my future research endeavors. “